Case Study: Foamex meets growth plans in a tough market due to improvements in technology Foamex realized at a point that it had outgrown its IT infrastructure and support. As the company expanded with multiple sites and multi-state operations, it became obvious that the traditional method of IT support was not working again. The company was losing track of support requests and had several frustrated users. It was obvious that a bigger and better platform was needed. That was when KMT stepped into the picture.

Foamex is a recognized industry leader in the development of new and innovative uses for expanded polystyrene and extruded polystyrene for commercial and residential purposes.

Foamex is an Australian owned and operated company. It has branches in New South Wales, Victoria, Queensland, and South Australia. Since 1982, the company has been supplying polystyrene products to the Australian market. It has built a strong relationship with builders, engineers, architects, designers, and specifiers across the country.

In its many years of operation, Foamex has maintained a high standard of service, supplying to all customers with utmost professionalism. The 30 years of excellent customer service has placed the company as the leading name in its industry. The management will always find ways to improve service delivery further and enhance the customer experience.

In the last three decades, Foamex has established itself as a national leader in the polystyrene market. With customers in different parts of the country, it expanded operations to different sites in multiple states. At a point, it became obvious to the management that the company had outgrown their previous IT provided and needed to upgrade.

Before KMT became involved in Foamex’s IT support, the company had started experiencing difficulties. It was losing track of support requests. The windows of operation of customers were not aligned with theirs, and they started having frustrated customers.

With a sizeable clientele and operations in different states, a company like Foamex needed a strong IT managed service provider. It needed a reliable company that will transform its IT support in a manner that will improve service delivery. There was a need to make the IT system stronger, too, and a reputable MSP was needed.

When KMT was contracted as the new IT managed service provider for Foamex, the team quickly noticed that Foamex was operating on multiple clone servers that were constantly failing. They also noticed that the company was running obsolete Microsoft Windows 2003 and 2008. The backup system was terribly inefficient and unsecured too.

After identifying the major problems, KMT implemented the perfect solution to each problem. All infrastructure was reduced to a single physical server. This has saved the company power and cooling cost in the server room. KMT also upgraded the obsolete Windows 2003 and 2008 to 2019. The upgrade has enabled the company to implement the latest versions of JIWA, which has provided access to the latest features of the software required by the business.

KMT also migrated all email services to Office 365, which is a more secure platform. A true backup system was also implemented for the company. All data are securely backed up in the cloud; they will be easily recovered in the event of a disaster.

KMT solution to the IT needs of Foamex has been beneficial in many ways. Due to the upgrade, the company has been able to fully implement JIWA and enjoy all the advanced features it offers. There have not been any issues with mail, thanks to the migration to Office 365. It has also been leveraged to introduce Sharepoint, Teams, and One Drive into the business. With the changes, employees and management have been able to work seamlessly even from a remote location, improving overall user experience.

With KMT IT manages service, Foamex has enjoyed a stable, robust IT infrastructure that has solved the problem of downtime (thus far, no incident has been recorded). The system has also been optimized to handle the need of the company. The remote offices have been streamlined into the main JIWA, making it possible for all processes to move smoothly across all locations.

From what the decision-makers at Foamex are saying, it is obvious that the company has enjoyed the relationship with KMT. Quoting one of their representatives: “Without the expert knowledge and guidance from KMT, we wouldn’t be well placed today to respond to changes quickly in the way people work and interact in the office.” With the solution offered by KMT, Foamex has been able to grow and expand even in tough market conditions.

Recommendation from Foamex: “anyone looking to direct their effort back into their core business activities should consider KMT as they are a service provider that gets on with the job, delivers outcome, and removes the headache.” 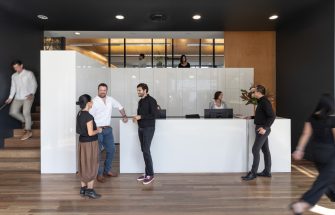 IT systems are key to a business operating smoothly and productively. KMT are reliable in their advice, patient and polite in their approach with our employees, and act speedily when urgent assistance is required. 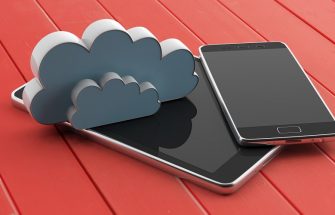 Kaine Mathrick Tech helps a financial services company transition from a non-corporate to a corporate organization with the right IT capacity built for growth. 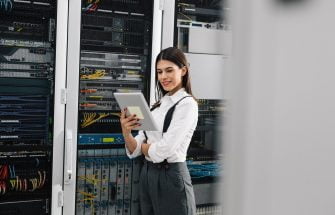